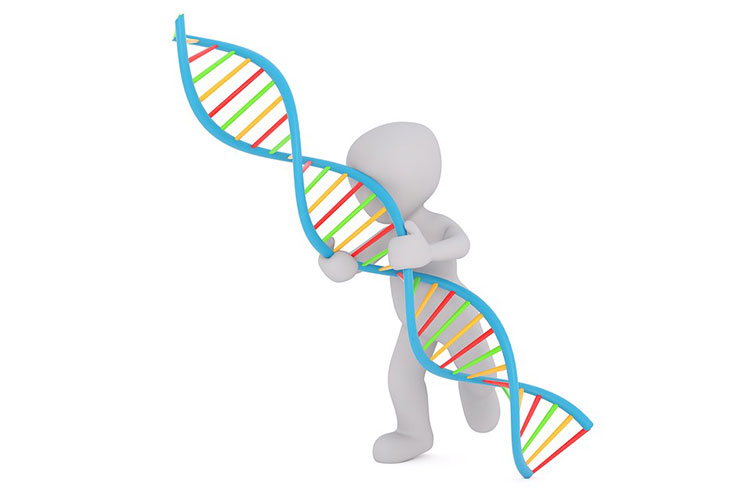 through the inspection and analysis of genetic markers to determine whether parents and children are biologically related, it is called a paternity test or paternity test. DNA is the basic carrier of human inheritance. Human chromosomes are made up of DNA. Each human cell has 23 pairs (46) of chromosomes, which come from father and mother. The 23 chromosomes provided by each husband and wife are paired with each other after fertilization, forming 23 pairs (46) of chromosomes for their children. This cycle constitutes the continuation of life.

Since the human body has about 3 billion base pairs that make up the entire chromosomal system, and the interchange and combination before the formation of germ cells is random, no two people in the world have exactly the same sequence of 3 billion nucleotides. , This is human genetic polymorphism. Despite the existence of genetic polymorphism, each individual's chromosomes must only come from their parents. This is the theoretical basis of DNA paternity testing.

DNA testing can make up for the insufficiency of serological methods, so it has attracted great attention from forensic material evidence workers. In forensic medicine, STR locus and single nucleotide (SNP) locus detection are the second and third generations of DNA, respectively. The core of the analysis technology is the detection technology developed following the research of RFLPs (restriction fragment length polymorphism) V*s (variable number of tandem repeat polymorphisms). As the most cutting-edge criminal biotechnology, DNA analysis provides a scientific, reliable and fast means for forensic material evidence testing. With the development and application of DNA technology, the detection of DNA marker systems will become an important means and way to solve cases. This method is already very mature as a paternity test, and it is also the best method recognized internationally. Special mention: the DNA test results of identical twins are the same.

A genetics researcher in the United States can easily determine the identities of five anonymous individuals randomly selected from the research object group through the human DNA information published on the Internet, and also found his entire family and determined the identities of nearly 50 people. .

The researcher did not release the names of the people he discovered, but the work published in the journal Science on Thursday showed that protecting the privacy of volunteers participating in medical research is not a simple matter, because The genetic information they provide needs to be made public so that scientists can use it.

The researcher said, "It is no longer a sustainable position to continue the illusion that we can completely protect privacy or make data anonymous."

Write to us today
Reply within 8 hours
info@dnaextractor.com

Xinhua Industrial Park,
No.1 Yingbin Road, Huadu,
Guangzhou, China
@2021 DNA Extractor | All Rights Reserved | Privacy Policy
We use cookies in order to give you the best possible experience on our website. By continuing to use this site, you agree to our use of cookies.
Accept
Reject